The Aga Khan in Pakistan: (1) A thorough and comprehensive coverage of his Diamond Jubilee visit to Northern Pakistan, Dec. 7-14, 2017

The purpose of this post is to provide links to media coverage of Mawlana Hazar Imam’s Diamond Jubilee visit to Pakistan. We will make an effort to ensure that we skip on links that have repetitive information, as the same news agency report is often used by several different newspapers.

COVERAGE OF AGA KHAN’S VISIT TO KARACHI: Pertinent external site links for Prince Karim Aga Khan’s visit from December 14–19, 2017 to Karachi at The Aga Khan in Pakistan: (2) A thorough and comprehensive coverage of his Diamond Jubilee visit to Karachi, December 14-19, 2017

Report in The Ismaili: Hundreds of Thousands Gather for Darbars in Hunza and Chitral

(b) Daily Motion Video: Welcome message to the Aga Khan from Shia Community

(f) Hunza preparations ahead of visit

(b) Helicopter departure video (from town of Chitral to Booni)

(d) Flight Delay in Islamabad: “The C130 aircraft in which he was supposed to fly could not takeoff from Islamabad in time. The AKF Helicopter Wing however took over and proved its worth by promptly dashing over to Islamabad in marginal weather and ferried the Imam and his entourage to grace Chitral and allay the anxiety of tens of thousands of the waiting faithful at Garam Chashma and Booni. Due to the four hour delay in scheduled departure from Islamabad and extended ceremonies at both the Deedar Gahs, the Imam decided to stay overnight in Chitral” — Excerpt from ChitralNews.com

(a) Chitral preparations ahead of Darbar 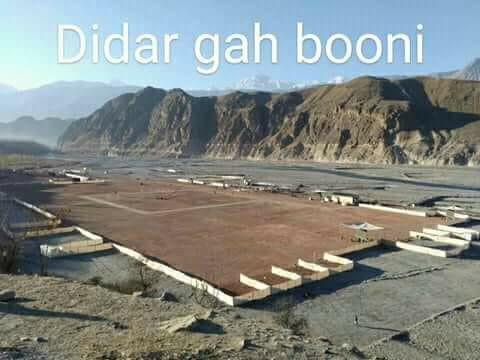 “Volunteers from the community have been working day and night for weeks on, to clean the area and upgrade roads and prepare two grand ‘deedar gahs’ (congregation areas) at Booni and Garam chashma, which will hold thousands of disciples of the Imam of the Ismailia community. Ismailis from all over Chitral with their women folk and children have converged on Booni and Garam Chashma the two venues where the Ag Khan would address his followers. The scathing cold has not deterred the faithful to brave the weather and catch a glimpse of their Imam.” — Excerpt from Chitralnews.com

Marvi Memon, aged 45, is a Pakistani politician who serves as the Minister of State/Chairperson of the Benazir Income Support Programme. She has been a member of the National Assembly of Pakistan since 2013 as a member of Pakistan Muslim League.

I hav seen his photos in so many houses when on my gilgit Balt campaign.I hav seen how his people adore him.Took me 1minute chat2realize why https://t.co/PoSKyEqYGT

Thanks for nice words about HH Prince Karim Aga Khan. Not many people know about my spiritual leader.

something abt HH Prince Karim which was magical about his connection wth vulnerable. trust me I hav never felt that so strongly in a leader

(a) Conventional or Social Media Coverage