Ismailis on the roof of the world make incredible preparations for Diamond Jubilee Darbars of Mawlana Hazar Imam, His Highness the Aga Khan 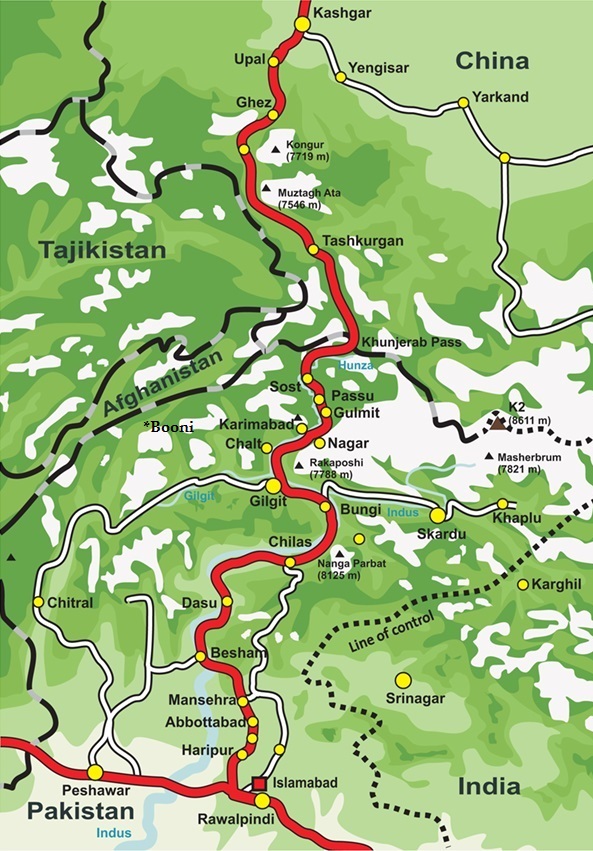 Map of Pakistan’s Gilgit-Baltistan territory (formerly known as Northern Areas) and surrounding regions. The Diamond Jubilee darbars of His Highness the Aga Khan will take place in Booni, in Chitral district which is in the North West Frontier Province; Yasin in the Ghizer District of Gilgit-Baltistan and Aliabad (not shown), which is appx. 7km west of Karimabad, capital of Hunza district, again in Gligit-Baltistan. The drive from Karimabad to Aliabad is around 30 minutes. Map: Wikipedia.

The Aga Khan Visiting Hunza for his Diamond Jubilee

Last December, on this website’s sister photoblog, Simergphotos, Ali Karim published a fascinating account about his visit to my home town Passu. He wrote:

“The trip to Hunza was exhilarating and inspiring for many reasons. We were immensely touched by the warmth and beauty of Hunza’s people who are surrounded by the most daunting and stunning of all the mountain peaks on this earth; their accomplishments in numerous areas of human endeavour left us both breathless and speechless! We never imagined for one moment that we would come across people living in one of the remotest parts of the world who would speak good English, and that they would accept total strangers like us into their homes uninvited, through a sheer knock on their door! We were made to feel part of their own families!…This heavenly and beautiful region of this earth, is inhabited by Ismailis, followers of His Highness the Aga Khan.” 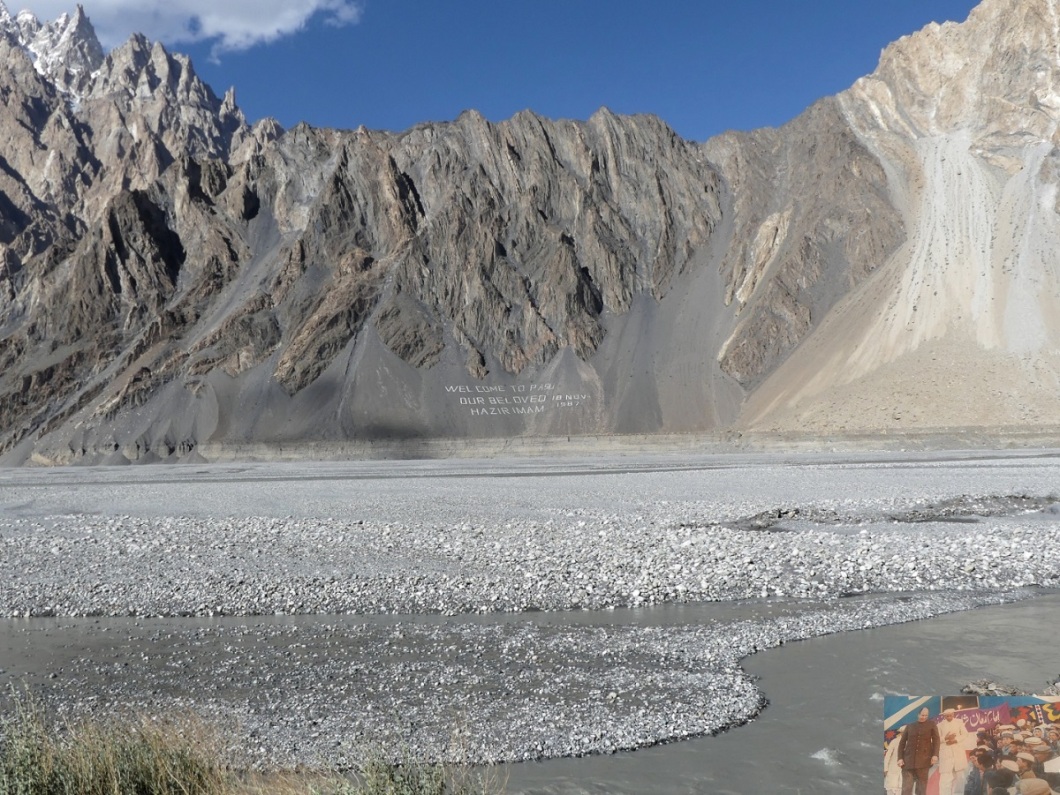 A close-up of the greeting. Photo: Copyright ©: Ali Karim.

When Mawlana Hazar Imam first visited Passu on November 18, 1987, he bestowed the jamat with didar mubarak. Ali Karim’s  picture of the welcome sign that Ismaili youth  etched for that visit across the Hunza River on the mountainside is shown in the photo above.

Now, the youth in Passu have etched another sign on the same mountain to commemorate the Diamond Jubilee visit of Mawlana Hazar Imam. I have explained how the etching work was carried out in the caption of the featured image that appears at the top of this post. 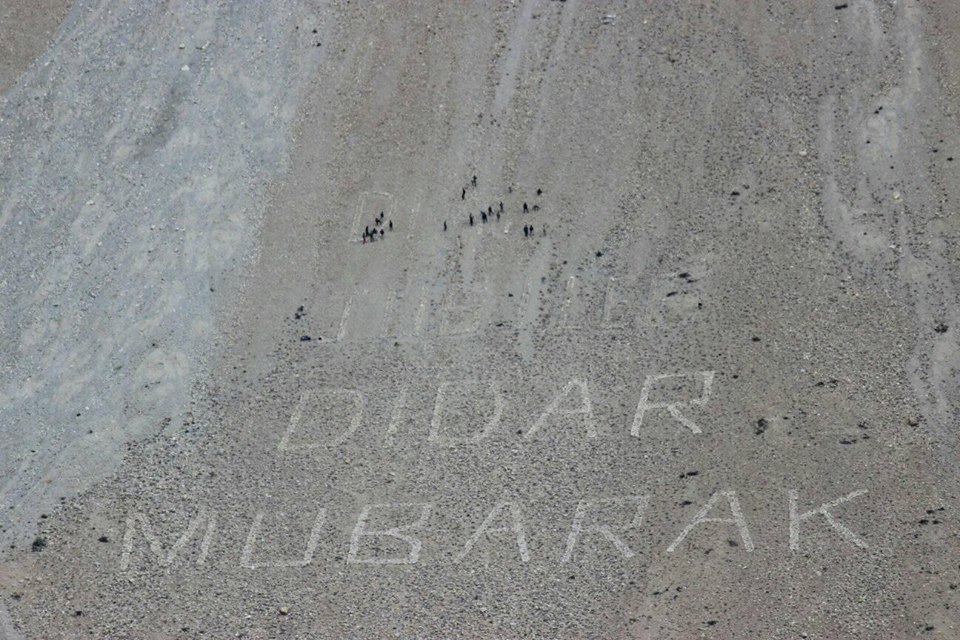 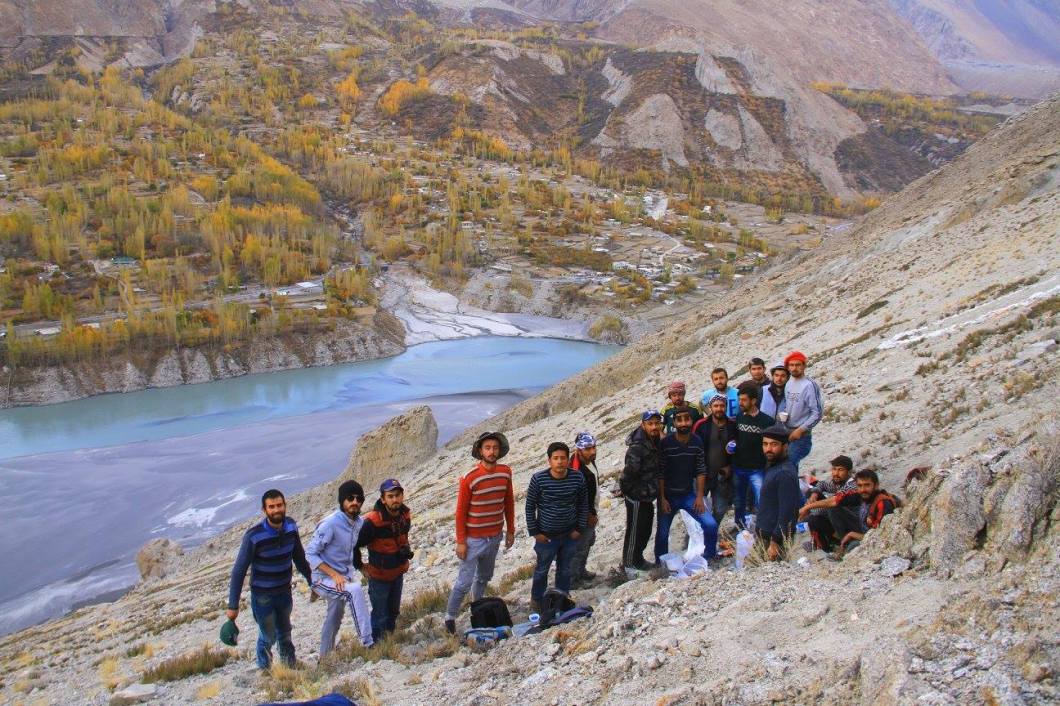 Ismaili youth and volunteers pose for a picture and take a brief break while writing Didar greetings on the slope of Mount Pulpul, above Gulmit village, in Gojal Valley, Hunza. 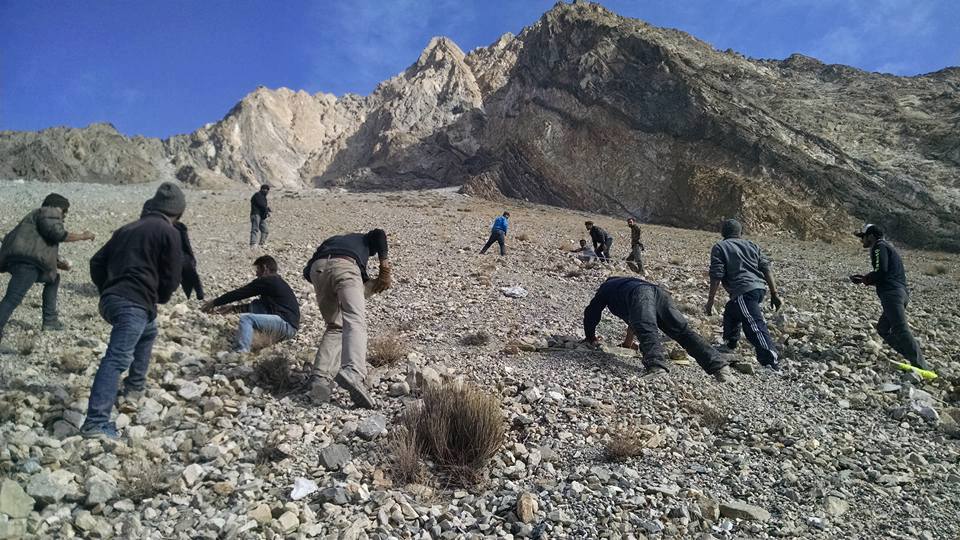 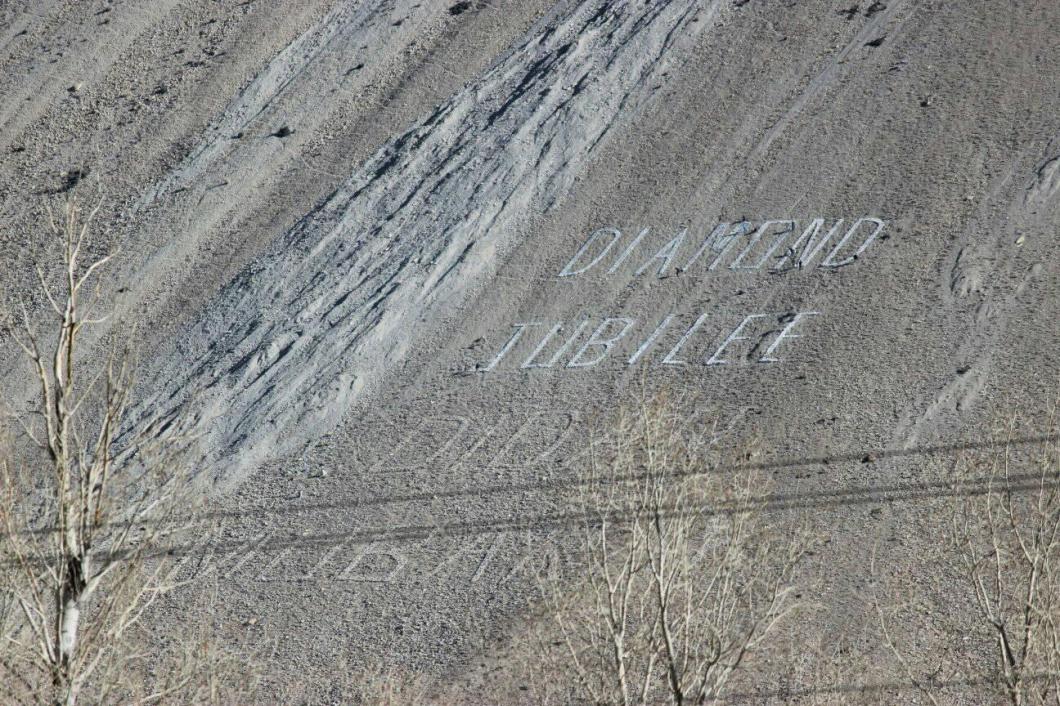 The completed words “Diamond Jubilee” on the Passu mountain. Photo: Sadrudin Sakhi via Faqir Ullah Khan’s Facebook page. See caption on featured photo, top of post, for an explanation of how the etching work was carried out. 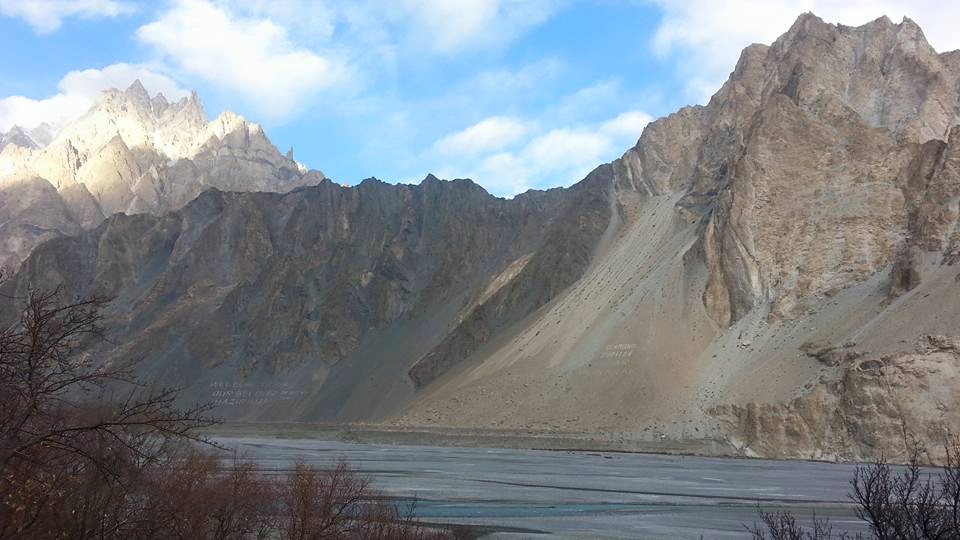 Passu village was also in the list for the Diamond Jubilee darbar but it is further north in Hunza, making the journey for the Gilgit jamat much longer. Thus, Aliabad located close to Hunza’s capital Karimabad, is honoured for the fourth time to host Mawlana Hazar Imam’s didar.

The excitement for the didar has spilled into every corner of Hunza. There is an incredible amount of work involved. There will be more Jamati members participating in this Darbar than ever before. The entire registration process began some months ago and this has proceeded very well. We have been provided with registration cards. The spirit of the Jamat and volunteers particularly in central Hunza is extremely high. The darbar task force members are active at each of the villages. Transportation, crowd control, accommodation and lodging have become major challenges. Jamats living in remoter areas will start moving to Aliabad at least 4 days before the darbar. 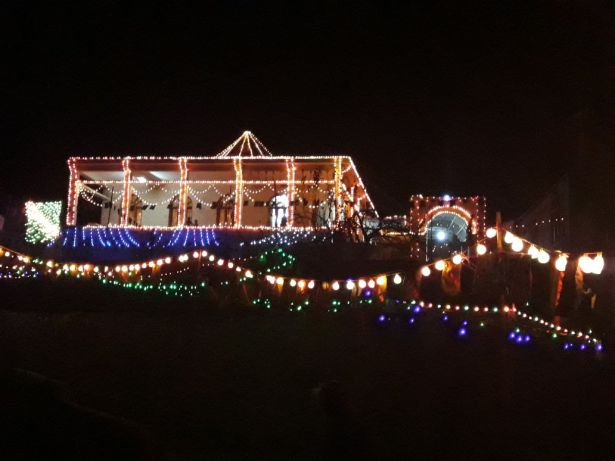 Ismailis are enthusiastically decorating their community centres and Jamatkhanas for the forthcoming visit of Mawlana Hazar Imam. They are also repairing roads andcleaning up villages and towns. Photo: Faqir Ullah Khan 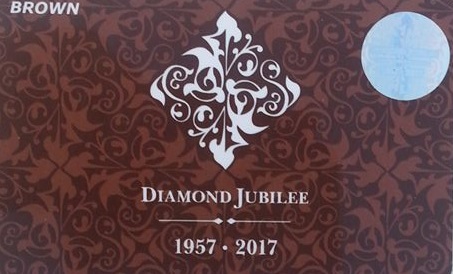 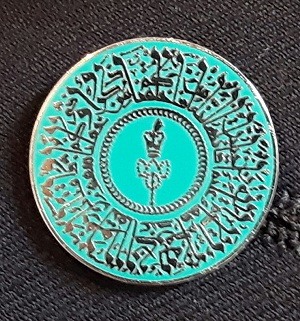 The Diamond Jubilee lapel pin was distributed along with the registration cards. 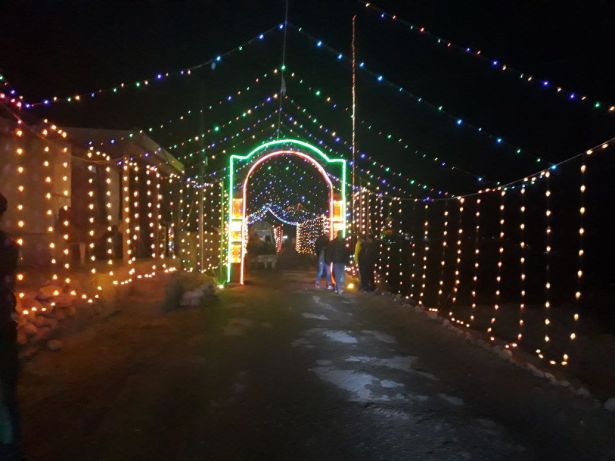 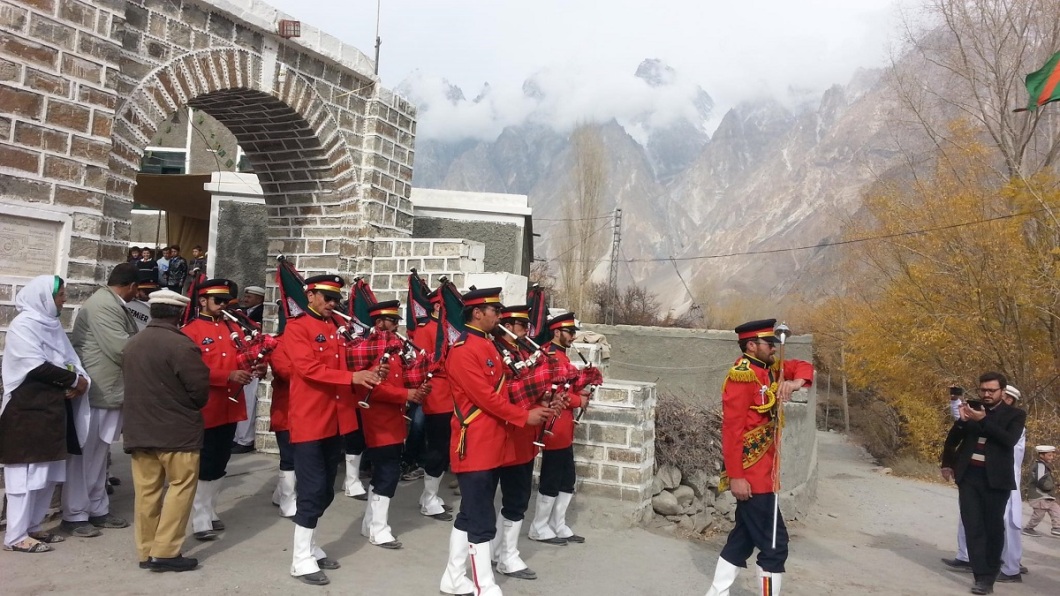 The Diamond Jubillee Band Passu performs on different intervals for the celebrations of the Diamond Jubilee events with full spirit and love for Imam of the time. Photo: Faqir Ullah Khan

It was noted in Barakah’s recent post on the Chitral preparations, that non-Ismaili communities are providing all-round support to Ismailis for the visit. The same is also true with Gilgit-Baltistan. A report in Pamir Times dated December 3, 2017, notes that Syed  Agha Rahat Hussain Al-Hussaini, the most influential Shia cleric in the region, has welcomed the arrival of Mawlana Hazar Imam, and urged the Ithnashri Shias to extend full support to the Ismailis, by providing them free transportation and other material and emotional support, as a sign of goodwill. Agha Rahat has further directed the Shias to protect the houses and properties of the Ismailis living in Gilgit, who are expected to travel either to Ghizer or Aliabad, the two venues for the Diamond Jubilee Darbars in Gilgit-Baltistan. 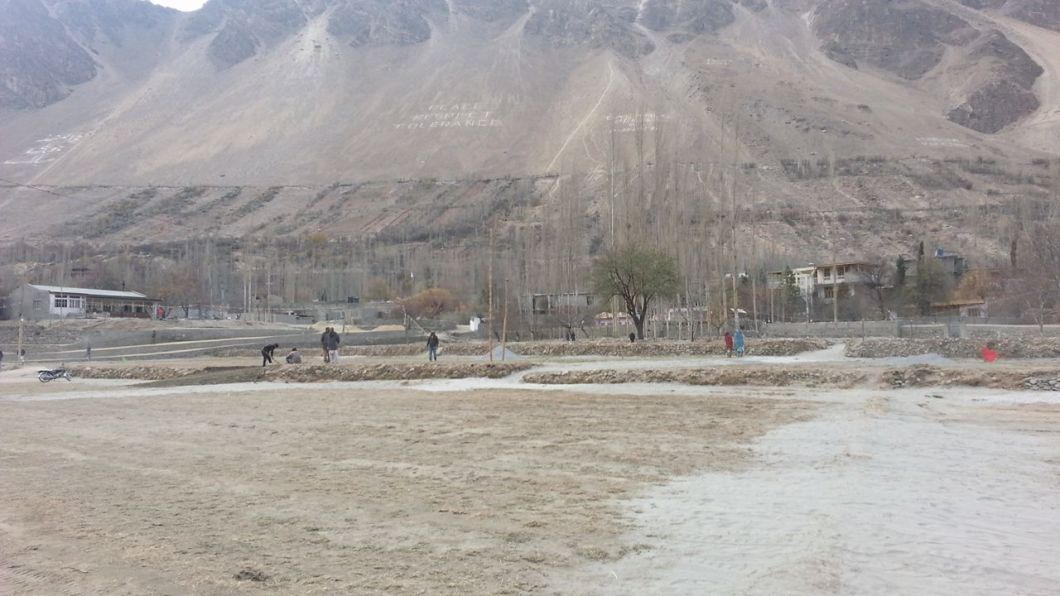 Helipad being prepared at the site of the didargah at Aliabad. Note slogans on the mountain including one that reads “Peace, Respect, Tolerance.” Photo: Faqir Ullah Khan

The paper has further reported that Sunni elders in Yasin Valley of Ghizer District have  joined hands with the Ismailis to clear roads, and complete other tasks, ahead of the much-awaited visit of Hazar Imam. Ghizer is the first of two venues for the Diamond Jubilee Darbars in Gilgit-Baltistan. It lies in the western part of region of Gilgit-Baltistan and almost half way between Booni in Chitral, where a darbar will also take place, and Aliabad, the venue for the second darbar in Gilgit-Baltistan. During the month of Muharram earlier this year, Ismaili Boy Scouts had won applauds by cleaning roads in Skardu and Gilgit city, as a goodwill gesture, to facilitate Muharram processions taken out annually by the Shia Ithnashri Muslims. All these joint measures by the Sunni and Shia Muslims living in the region have created an environment of brotherhood and love, which will have a long lasting impact on the region’s society, the paper notes. 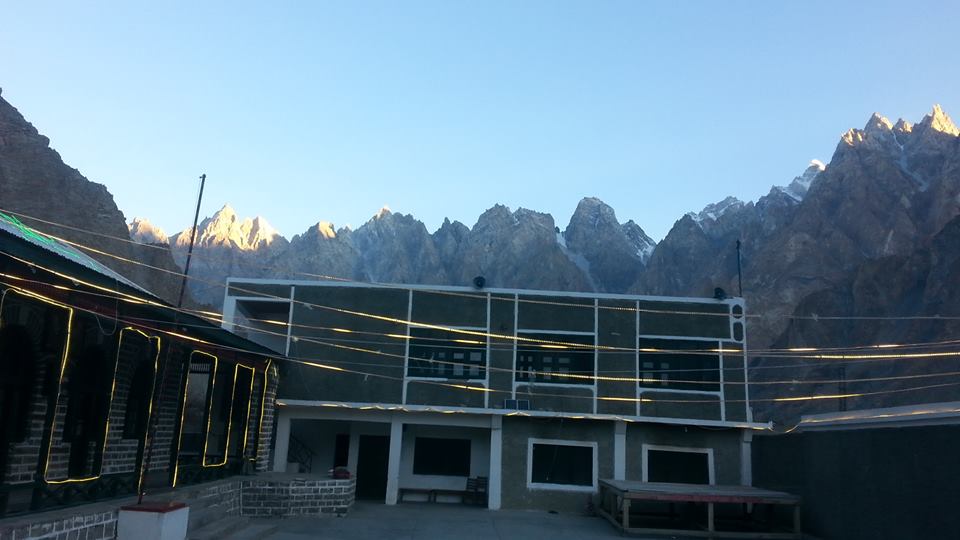 Jamatkhana decorations in Passu, my home town, which is about 50 kms from Aliabad, the venue for the Hunza didar. Photo: Faqir Ullah Khan 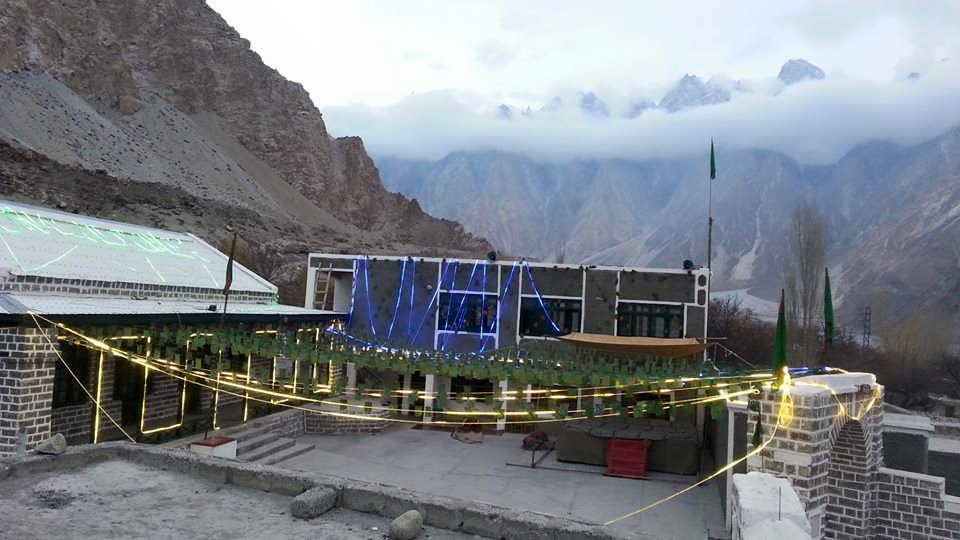 Jamatkhana decorations in Passu which is about 50 kms from Aliabad, the venue for the Hunza didar. Photo: Faqir Ullah Khan 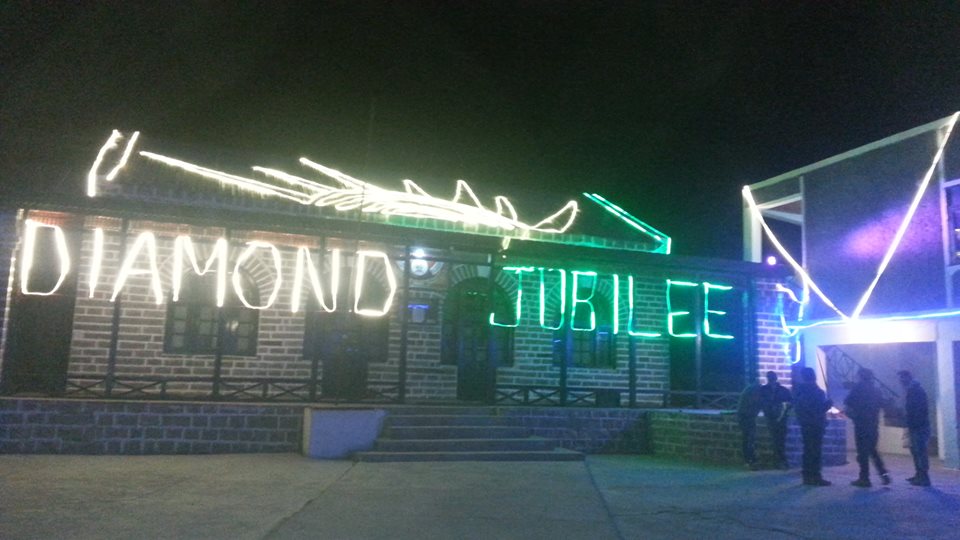 Jamatkhana decorations in Passu, my home town, which is about 50 kms from Aliabad, the venue for the Hunza didar. Photo: Faqir Ullah Khan

The weather conditions have been moderate so far. No severe weather is forecast but if it turns nasty, the Jamat will be ready to bear the weather conditions with great spirit for  upto 10 hours!  This Diamond Jubilee darbar is a memorable event for all of us living here, in one of the most beautiful regions in the world!

The stage in the didargah at Aliabad was initially raised about 12 feet from ground, but now it is level, with only two stairs for convenient movement of Mawlana Hazar Imam. The decoration work is in full progress. We have sunny days, with cool nights. Jamati members coming from remote Chipurson, Shimshal and Gojalmay may face dust storms. Rain is expected in upper Chipurson valley. 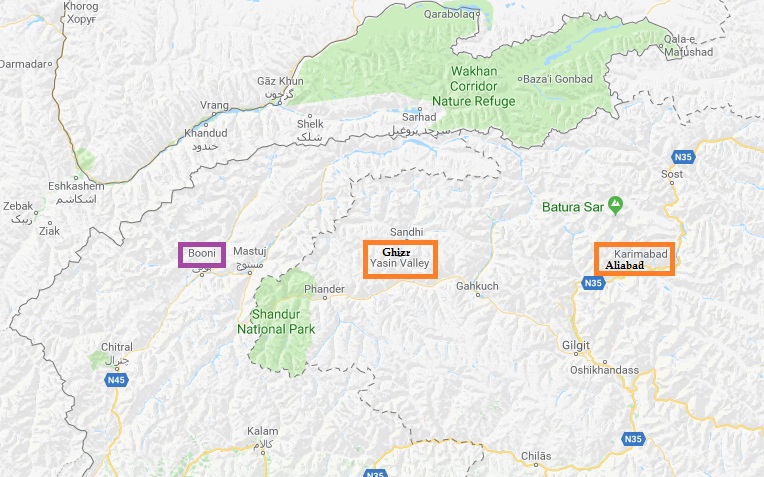 Two darbars have been finalized for Gilgit-Baltistan (orange boxes) – one in the morning on December 10th at Yasin for Jamats in the Ghizer district and the second one in the afternoon on the same day at Aliabad of Hunza district. More then 150,000  jamati members from Gilgit and Hunza Gojal are expected to attend the Diamond Jubilee darbar at Aliabad in Hunza. The Jamats will be hosted for at least 6 days with food and accommodation near the didargah area to reduce the travel burden. A darbar will also take place near the town of Booni (indigo box) in the Chitral district of Pakistan’s North West Frontier Province.

Videos of preparations in Northern Pakistan