In Pakistan, Jubilant Ismailis in remote Chitral prepare for Diamond Jubilee Visit of Mawlana Hazar Imam, His Highness the Aga Khan, with enthusiastic support, help and cooperation of Muslim brothers

Preparations are underway in Chitral, which is located in the North West Frontier Province of Pakistan, to host the forthcoming Diamond Jubilee visit and Darbar(s) of Mawlana Hazar Imam, His Highness the Aga Khan. This piece is compiled from respectable newspapers in Chitral having an on-line presence. Barakah will in the coming days endeavour to provide stories of similar efforts that are underway in other parts of the country including neighbouring Gilgit-Baltistan. We welcome eye-witness accounts and photographs from our readers in Pakistan who are in the area. Please send your material to simerg@aol.com or reach us at http://www.facebook.com/1000fold. 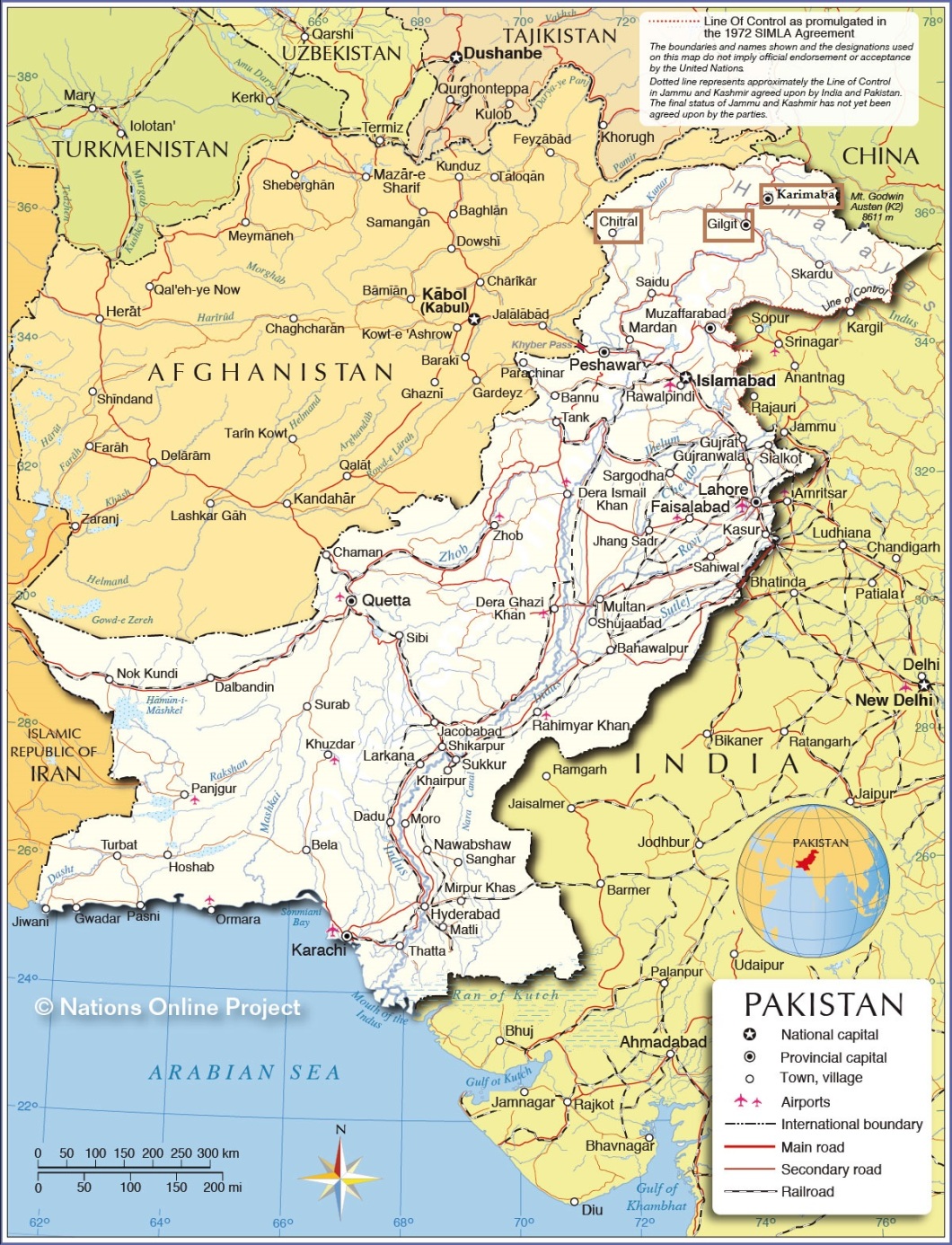 On Sunday November 12, 2017, as the official announcement from the Ismaili Leaders International Forum (LIF) about Mawlana Hazar Imam’s Diamond Jubilee visits to Chitral and Northern Areas of Pakistan, was being read out in Ottawa Jamatkhana, the Jamati members let out a deep sigh of happiness A lady who I met, as I was leaving the prayer hall, tearfully told me,  “I am filled with happiness – I have been praying everyday for the past several years that Hazar Imam should give didar to the Jamat in Pakistan.”

Ismailis, as spiritual children of Mawlana Hazar Imam, always take to rejoicing when they hear about their Imam’s confirmed visits to other jurisdictions. Each visit by the Imam is filled with blessing for that particular jamat, as well as for other  jamats around the world. I became truly conscious of this fact during an extraordinary moment in Montreal, just over a week ago, on the morning of November 21. Mawlana Hazar Imam had asked each one of us who was present in the hall that morning to convey his blessings to our (distant) family members and jamats who were not amongst us. After a few moments, he lovingly asked, “Can I count on you?” He really wanted us to make his wish of conveying his blessings come true. The 5500 to 6000 who were present, including myself, responded with one resounding voice, either “Amen” or “Yes”. For me that profound wish and love of Mawlana Hazar Imam for all of us, wherever we may be, was the most touching and beautiful moment that I experienced. I acted upon it as soon as I was able to.

In the context of the notion of blessing, and the forthcoming visit to Pakistan, it is instructive to pose and examine what the renowned Fatimid scholar Qadi Noman said about the position of the Imams:

“We maintain that they (the Imams) look at things with the light of God. He guides them and informs them of what they ask Him about in His subtle ways. He confers on them favors and blessings which they are the only privileged persons to receive.”

The LIF announcement was a very special and significant affair because the mulaqat to Pakistan jamat is taking place after many many years. Indeed, while much of the rest of the Ismaili world was graced with Golden Jubilee visits during 2007-2008, a visit to Pakistan by Mawlana Hazar Imam did not then materialize. The Pakistan jamat has waited with patience for several years, and that long patient and eager wait can only result in one thing: an increase in the Imam’s blessings on them to an unimaginable degree.

Clearing the didargah (grounds of the didar with Mawlana Hazar Imam). 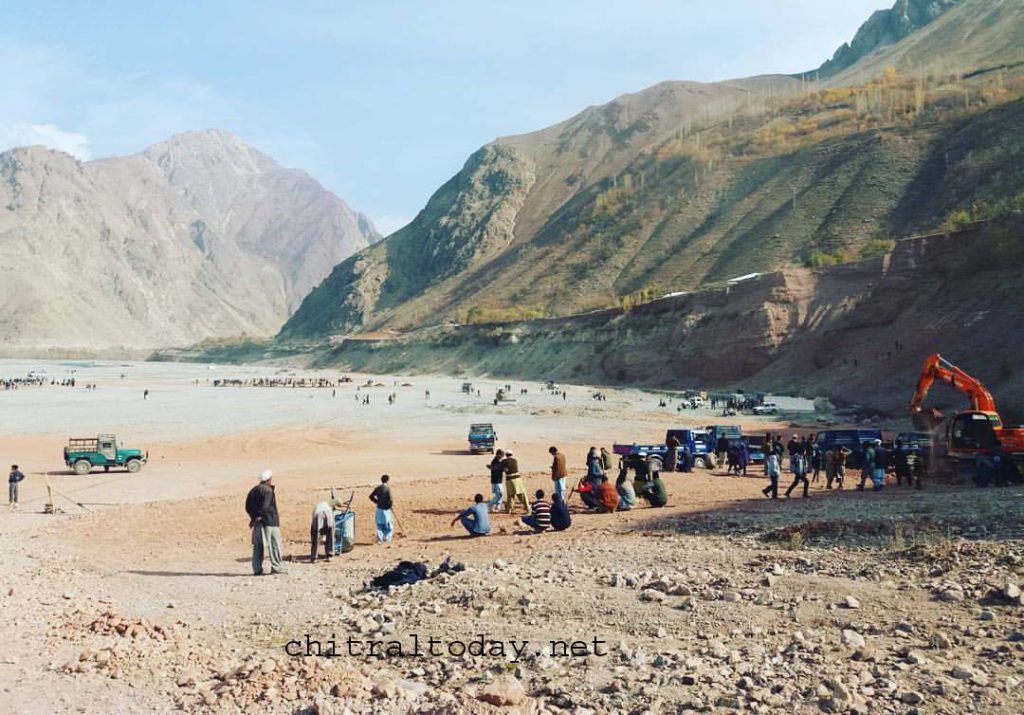 Work underway at the grounds of the Darbar mulaqat. Photo: Chitraltoday/Ali Nawaz Shah.

It may be noted that the first “rumours” of the Diamond Jubilee Chitral visit began surfacing in late October. At that time, numerous reports of the visit started appearing in respectable Chitral on-line media.

For example, Chitralnews reported in its October 22, 2017 edition that elders of non-Ismaili and and Ismaili communities had launched the work on the preparation of the Didargah “for the expected visit of His Highness Prince Karim Aga Khan to upper Chitral.” The Ismaili volunteers even started paving the area on hearing the news of the anticipated visit, rumour or otherwise! The news of the visit was greeted with happiness by everyone, including non-Ismaili Muslims, showing that there was a strong sense of brotherhood and harmony among different communities in Chitral for this visit. A number of Ismaili readers graciously reacted to the newspaper report with the following comments:

“Ismailis are honoured to have Sunni brothers side by side with them in every step of life. If some harsh event had occurred in the context then the reason behind that had not been the religion but politics. Chitral has been best example in terms of religious harmony and pluralism. It is my utmost wish and prayer that this bond of brotherhood, love and care for each other remain alive in our society.”

Another reader then wrote:

“This is not the first time our Sunni brethren have joined hand in hand in welcoming the Prince…In many occasions whether it has been the construction of prayer halls or that of offering of goodwill messages across, both the communities have joined together as brothers and sisters under the universal benevolence of the true spirit of Islam which proves that Islam is a religion of peace and harmony. Being in majority, our Ahl-e-Sunnat brothers have big hearts too and on every occasion we have found them ever co-operative and welcoming, a rare commodity in most parts of the world when it comes to sectarian and interfaith harmony and brotherhood…Stay happy and blessed.” 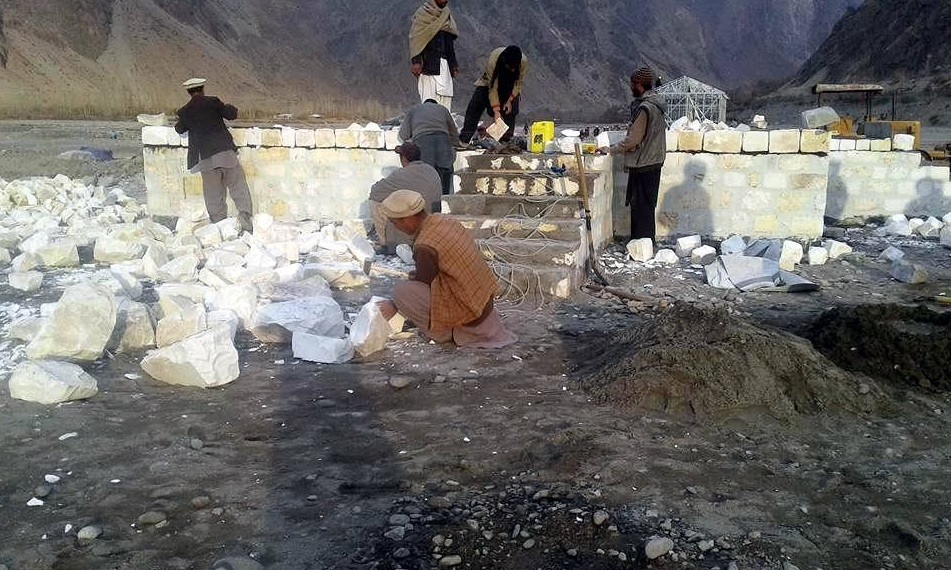 A follow up report on November 29, 2017 in Chitraltoday observed that seven villages “will host the Ismaili community members belonging to far-off areas who will converge at Didargah [special grounds prepared for the visit] near Booni for the Didar of Mawlana Hazar Imam.” This vast tract of land is adjacent to the River Yarkhun in Booni, and has a seating capacity of 200,000 people!

As part of the visit, hundred of families, Ismailis and non-Ismailis alike, have come forward to act as hosts for the thousands of Ismaili guests who will be converging for the didar from numerous surrounding valleys. As the guests arrive in the host villages,  volunteers will accompany them to the homes where they will be hosted. Then, on the day of didar a shuttle service will ferry the people from the host villages to the Didargah.

Ismaili volunteers in Chitral are working day in and day out to make the necessary arrangements prior to the arrival of the Imam. Work on the didar site is entering its final phase with the construction of over 100 washroom facilities at the riverside. Local people from all communities are taking active part in the work and have pooled in resources to prepare the venue. Philanthropists as well as the municipal administration have provided heavy machinery and other vehicles to help the volunteers level the Didargah (see video, posted above).

To facilitate travel from different valleys to Booni, roads are being repaired by local people on a self-help basis. Sher Wali Khan Aseer, a prominent retired educationist, writer and author, told ChitralToday that volunteers were busy in different villages to repair roads leading into Booni. He described the extremely poor condition of the 80 km track from Bang to Booni and said it took five to six hours to travel that short distance. But once the Ismaili volunteers got to work the uneven road had been paved by the volunteers in different villages making the travel smooth by November 16th.

The excitement of the visit is felt by all communities. They are all participating together in all ways possible to make Hazar Imam’s visit to the region a very happy one.

Over the coming weeks, we will continue to provide continuous updates of Mawlana Hazar Imam’s visits to Chitral, the Northern Areas of Pakistan as well as to other regions and cities in Pakistan. This page will be updated on a regular basis, as more photos and reports become available to us. If you are in the area we welcome eye-witness accounts and photographs. Please send your material to simerg@aol.com or reach us at http://www.facebook.com/1000fold or on http://www.twitter.com/simerg.