A thank you letter to Prince Amyn Muhammad Aga Khan for a life of service and dedication to Mawlana Hazar Imam, His Highness the Aga Khan

Editor’s note: On the occasion of Prince Amyn’s 80th birthday on September 12, 2017, Azeem Maherali wrote a thank you letter as his tribute to a remarkable contemporary historical figure from the 49th Ismaili Imam’s family whose contribution to the Imamat institutions have always been influential and impactful. Azeem’s piece is published once again as the Prince celebrates his 81st birthday this week. We wish the Prince a joyful birthday, and a continuing life of service to the Imamat for many years to come.

While I was still a “toto”, my mom frequently showed me and my brother pictures of the Noorani family and told us how you were always by Mawlana Hazar Imam’s side. I can honestly not remember seeing any pictures of Mawlana Hazar Imam without you, until well after he became the Imam, requiring him to travel extensively to see the jamats while you were still at Harvard. This sentiment carried on in the stories that my father shared with us, about Mawlana Sultan Mahomed Shah in the 1950s sending Mawlana Hazar Imam on special missions to visit the jamats in East Africa and South East Asia. Even then, you were always with him.

Then later on in the late 1960s, when Mawlana Hazar Imam informed the world wide jamat of your decision to leave the United Nations and to join the Imam in improving the quality of life of the jamats everywhere, the jamats were jubilant. Subsequently, various jamats had the good fortune of being in your presence on various Imamat related works, and at times you brought special messages from our beloved Hazar Imam.

For more than fifty years now, perhaps even longer, you have dedicated your entire life in the service of the Institution of Imamat, channeling your creativity, intelligence, time and energy, knowledge and leadership in numerous Imamat endeavours benefiting both jamati and non-jamati constituencies. Given that Mawlana Hazar Imam rarely speaks about the work of the members of his family; graciously directing compliments to the jamati leadership and countless volunteers, I do recollect a very rare instance that took place in Lisbon in July 1998. Mawlana Hazar Imam referring to you stated that he deeply valued your time, talent, thought and creativity for many of the exceptional projects that had been developed for the Jamats around the world. Mawlana Hazar Imam continued to say that in many ways you exemplified the true spirit of service in Islam – seeking no recognition. 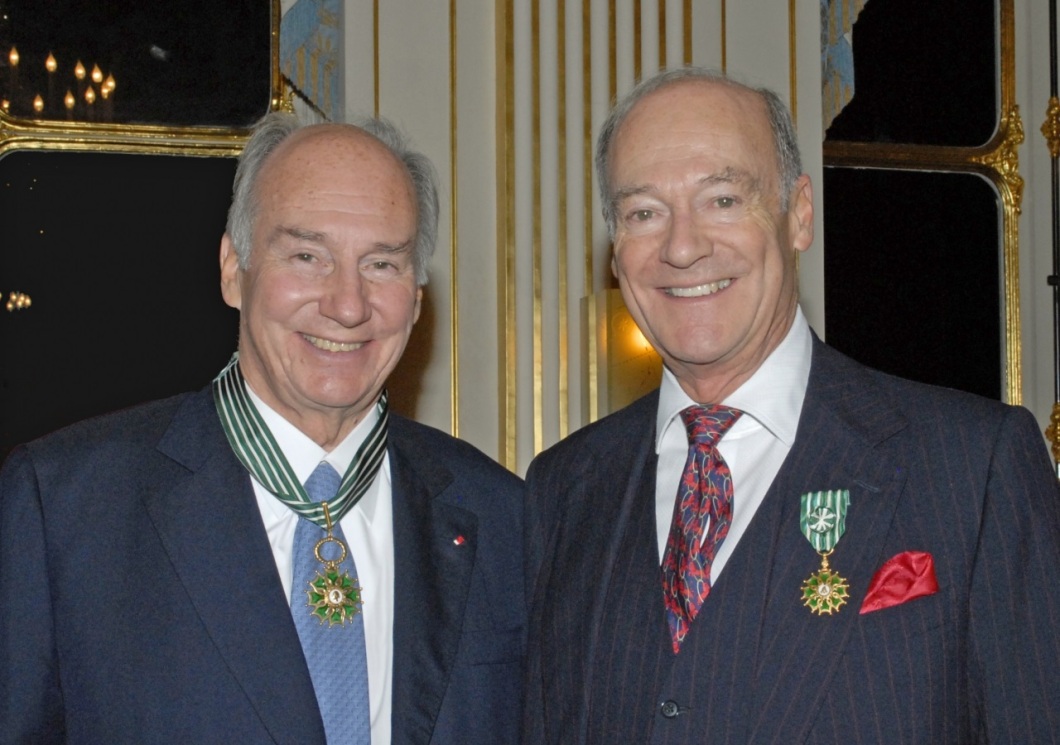 His Highness the Aga Khan and his brother Prince Amyn Aga Khan pictured together at a ceremony held in November 2010 in Paris when the Government of France conferred them with honours for their contributions to culture, both personally and through the activities of the Aga Khan Development Network. Photo: Farida Brechemier Guerdjou//MCC via the Ismaili.

Dear Prince Amyn, we have witnessed and continue to witness with immense happiness your enormous love, loyalty and respect for our beloved Hazar Imam. Throughout your life, you have been by his side as his trusted supporter, loyal advisor and confidant. You continue to be an epitome of inspiration in the service of the Imam, the Institution of Imamat, worldwide Jamats, greater Muslim Ummah and the totality of humanity.

You are “living history”: Brother par excellence; patron of arts and culture; trusted advisor to many; trustee of civilizations past, present and future; an optimistic yet pragmatic futurist; and a great humanist; highly regarded and well-liked by many.

Even as I record my thank you and join with millions of Mawlana Hazar Imam’s murids to wish you a happy 80th birthday, my emotions, feeling and words fail to adequately express my sincerest appreciation for the tremendous magnitude of the work that you are doing. At best, I humbly present below a constellation of honours and a few of the many extraordinary activities that you have been engaged throughout your life in the service of the Imamat and humanity.

I remain inspired and in awe,

This constellation of honours and activities of Prince Amyn is by no means complete. His contribution to the Imamat and humanity at large has been responsible for fostering goodwill, peace and trust among millions around the globe.

An eager and excited crowd of several hundred people applauded handsomely as the chief guest of honour, Prince Amyn, the younger brother of His Highness the Aga Khan, arrives for the opening of a special exhibition “Traces of Words” at the Grand Hall of the Museum of Anthropology of the University of British Columbia in May 2017. Photo: AKDN/Asif Bhalesha. 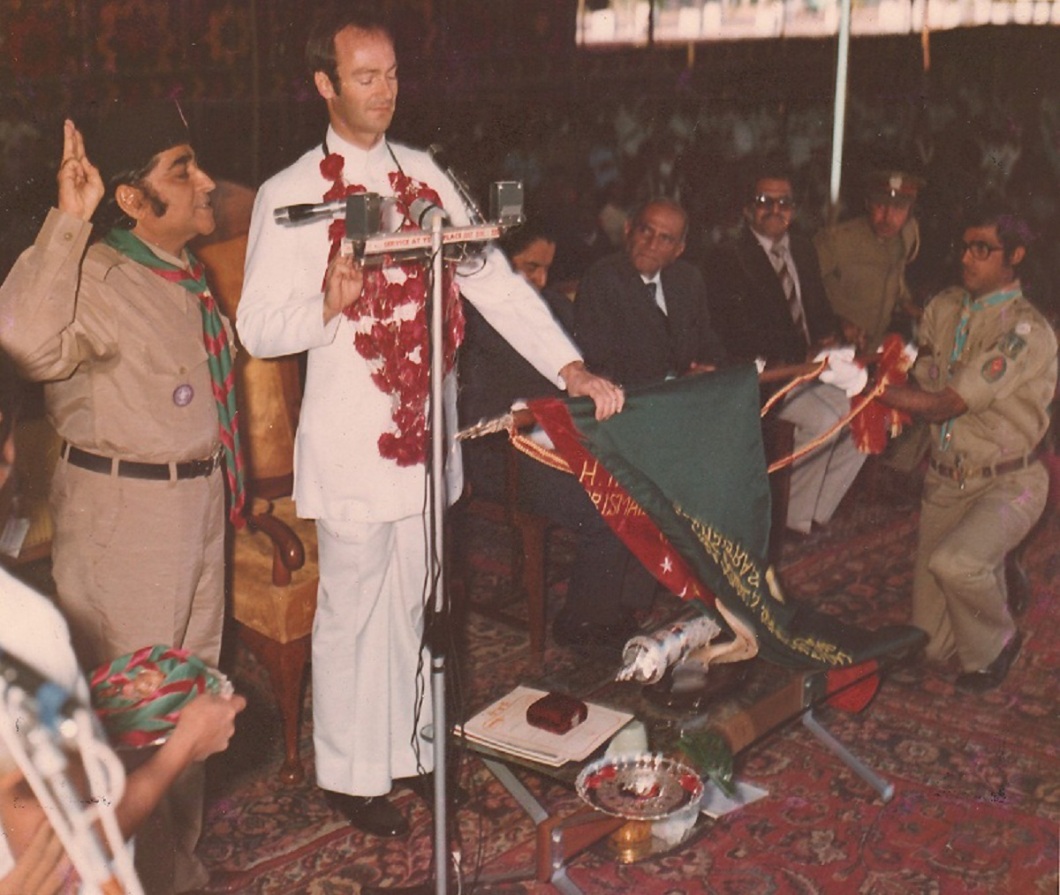 Prince Amyn Muhammad Aga Khan reciting the Scout Promise with his left hand on the flag of the Ismaili Scouts Association and his right hand raised in half salute during his investiture as the Chief Scout of the Ismailis in a ceremony on December 7th 1974 in Karachi, Pakistan. held . Photo: Khizar Hayat Collection, Toronto, Canada.

About the writer: Azeem Maherali, originally of Ottawa, Canada, is currently based in Atlanta, Georgia.