Larnin’ in the Post-Colonial world: The Atomic Imam speaks on education

“Acquire knowledge. It enableth its possessor to distinguish right from wrong; it lighteth the way to Heaven; it is our friend in the desert, our society in solitude, our companion when friendless; it guideth us to happiness; it sustaineth us in misery; it is an ornament among friends, and an armor against enemies.”  — Prophet Muhammad

Populist media shares that not only do Muslims disrespect their women, but education (the universal key to a brighter future) is limited to indoctrination of males which only serves to perpetuate a grievously stunted system of unforgiving ignorance.

When Gabriel first came to the Prophet, Muhammad was living in a society wherein it was completely appropriate for a family to bury alive their own daughters in the desert, simply because they felt the young women were a drain on resources. In this profoundly difficult world the astounding Khadijah had still managed to not only build a remarkably successful business, but she was also an incredibly well-educated person in her own right.

While the Prophet never learned to read or write himself, his own wife became the first scribe of the Qur’an. This woman — remarkably talented, learned, forthright, and successful — is viewed by a quarter of the world’s population with an esteem similar to that held for Mary or Mariam, the mother of Jesus. She was truly remarkable.

Fast forward a millennium and a half, to the service of the fourth Aga Khan, the 49th Imam of the Ismaili Muslims.

In 1957, when the Aga Khan was elevated to his role, he became a powerful and influential figure in a scary post-colonial world. Known to the media as the “Atomic Aga Khan” (whenever I read that I always imagine him in a brightly colored suit and flowing cape), this young student and Olympic athlete became a beacon of strength and thoughtfulness as millions of people moved towards an uncertain future.

Several new countries had recently emerged either from the tumult of wars or as the freshly emancipated “children” of colonizing world powers; the third Aga Khan was himself one of the founding fathers of the freshly minted Pakistan. In addition to this energetic environment of governments trying to invent themselves, even the developing world was feeling the effects of this new Atomic era — an exciting age which promised exploding growth to rival the miracles of the Industrial Revolution. The incredible speeds of modern communication and travel were promising a much smaller, faster world – for everyone able to keep up!

So how did Prince Karim Aga Khan cope? Thrust suddenly into a world of international responsibility and intrigue, arguably much different than anything with which his grandfather had to cope?

Just weeks after becoming Aga Khan, Prince Karim addressed this concern directly.  In an address given in Dar es Salaam, Tanganyika (19 October 1957), he stated “it should not be believed that material progress is all that counts. As so many advanced nations are finding to their cost, man’s mastery of physical forces has far outstripped his mastery of himself.  His mind cannot grapple with the complexities his hands have created.  That is why my grandfather attached so much importance to education in our community.” (I heard these same sentiments repeated just recently in reaction to mobile phones and email — the Aga Khan is a man 60 years ahead of his time!)

One of the greatest sins applied collectively to Islam is the reported assumption in the populist media that education is only open to boys and men in a community — an education overwhelmingly weighted to religious indoctrination, and which ignores mistrusted Western science. The irony of this unfounded prejudice is astounding!

In the history of world religions, Islam is arguably the single most literate, supporting scholarship through countless scriptural admonitions to learn the Qur’an by heart.  During centuries when my own ancestors slogged hip-deep through mud and dung in Eastern Europe, Muslim Spain cultivated the largest public libraries in the world! Later during the Renaissance, the advancement of Western philosophy and science was only made possible by the translations and commentaries on Greek and Roman luminaries written by a sea of Muslim intellectuals. Ibn Arabi, Ibn Khaldun, Ibn Rushd, all made permanent marks on Western thought — the effects of which are still rippling throughout our modern world in everything from the field of medicine to our appreciation of the social sciences.

“To listen to the words of the learned, and to instill into others the lessons of science, is better than religious exercises.” — Prophet Muhammad

The media’s conceit that science is somehow inimical to religious understanding is another thing which utterly baffles me — not only does the Qur’an factually address subjects from astronomy to biology and many things in between, but countless Muslim scholars through the ages repeatedly declared that science and religion will ultimately agree with each other. Many of the sheikhs and scholars I’ve spoken with myself tell me both pursuits seek truth, and all truth flows from the same ultimate Source. “Both of these” the Aga Khan said, “must go hand in hand” (16 November 1957, Mombasa, Kenya). A simple statement, but one His Highness has often repeated.

One thing which strikes me is the incredible work of the Aga Khan Foundation, through its many subsidiaries and countless influencers, as it has been directly and indirectly responsible for building hundreds of schools in dozens of countries across the world.

I think the reason is obvious; the Aga Khan stated: “Education is a life-long experience in which qualities such as integrity, mental discipline, humility and honesty should be formed, particularly during the early years.” (16 November 1957, Mombasa, Kenya). It is also important to note that in the young and developing countries in which the Aga Khan Foundation has been responsible for building first-rate schools, they have not been constructed for the Ismaili population alone.

Through many trips to Ismaili communities in his early years as Aga Khan, Prince Karim reiterated that although his work is primarily for his charges, the schools are open to all — and that the real key to healing divisive racial tensions is to accept and educate all children — boys and girls of every race — together, without any shade of prejudice. This will create a generation, he taught, which heals racial division.  “As a community, our faith will always preserve our special identity, but there should be nothing exclusive in what you should do” (23 January 1958, Karachi, Pakistan), and “Our faith teaches us that we have obligations far beyond our own or even our family’s interests.” (11 March 1958, Bombay, India).

In the post-colonial, emerging nations era of his first ten years as Aga Khan, he reiterated the idea several times that “education should take first priority from the funds available” (13 May 1961, Mombasa, Kenya), but recognized just building schools isn’t the answer either — “A school with unqualified teachers is like a shoe without a sole.” (16 November 1957, Mombasa, Kenya).

“The acquisition of knowledge is a duty incumbent on every Muslim, male and female.” — Prophet Muhammad.

It is interesting to me that, from his installation as the “Atomic Imam” to the birth of the Space Age a decade later, the Aga Khan repeatedly stressed the vital importance of education for post-colonial nations and every country desiring to survive.  It is also interesting to me that he consistently offered sage counsel and actual, practical help for his listeners to succeed and thrive in this sometimes frightening new world.  It is one thing for a world figure to utter platitudes and gravely delivered advice — the Aga Khan by contrast put his own resources on the line.

In years to come, I doubt we will see many other people who come close to the level of the Aga Khan’s influence for good. Organizations and networks, possibly, but very few other individuals.

Although his influence benefits the world community, he in no way has diluted his own faith. Among constant admonitions to become educated, strive for excellence in business and world affairs, and take an active role in the international community, the Aga Khan has repeated a simple bit of vital education which I believe is applicable to all of us — “Only the faith of your fathers will enable you to live in peace.”

Before departing this page please take a moment to visit Barakah’s Table of Contents for links to more than 160 pieces dedicated to Mawlana Hazar Imam and his family. 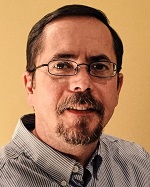 Andrew Kosorok is an artist, educator, and bridge-builder. A professional stained glass window-maker, stained glass sculptor, and university instructor, he is also an interfaith chaplain and a writer. Andrew examines the Christian/Muslim interface looking for opportunities to use art and the creative process to strengthen friendships, encourage exploration, and build community. He writes: “Art is the language which communicates outside of words — it allows us to embrace our similarities and celebrate those wonderful elements which make each of us unique. At the heart of every faith tradition is the knowledge we are all intentionally made different by a wisely governing Creator; understanding these differences is a fundamental part of building a wonderful future for humanity.” Andrew is the author of two forthcoming books Faith, Alchemy, and Stained Glass: Four Lessons for Grownups and Windows in the Cities of Heaven: An Artist’s Guide to World Peace.

Andrew Kosorok’s articles on His Highness the Aga Khan :