Update #5: Forthcoming visit by Mawlana Hazar Imam to Ismailis in Eastern Canada – Ismaili children express love and devotion to their Imam with beautiful and symbolic works of art

In my previous photo essay,  I focused on the work of the Montreal Ismaili volunteers when they dutifully conducted the registration of thousands of members of the community residing in Montreal for the forthcoming visit of His Highness the Aga Khan, Mawlana Shah Karim al Hussaini Hazar Imam, to Eastern Canada.

Yesterday, I attended a cultural event at the Montreal Headquarters Jamatkhana to see the creativity of Ismaili children, as they painted and decorated mehmani plates as part of a special project. The evening also included devotional singing and raas dancing.  Refreshments were also served.

Mehmani is an old-age custom and tradition of voluntary offering by Ismailis to their Imam. When the Imam is not physically among his followers, the mehmani is done by taking a food item to the Jamatkhana. 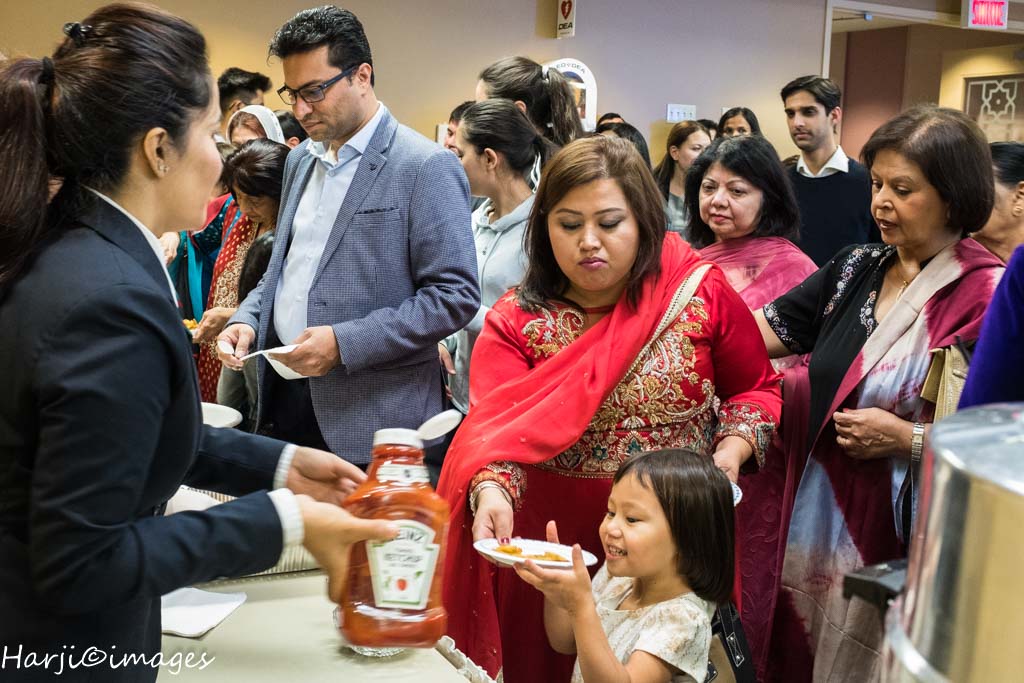 Thus, the activity of decorating plates by Ismaili children was most appropriate, as it simply went to reinforce an idea that they were familiar with. My photographs here represent the children’s enthusiasm. Seeing them happy and radiant all evening was a marvellous experiences for everyone who was present! Parents were particularly happy as they saw their children take great care in what they were doing.

In command with a look of confidence; surely future leaders. Photo: Muslim Harji. 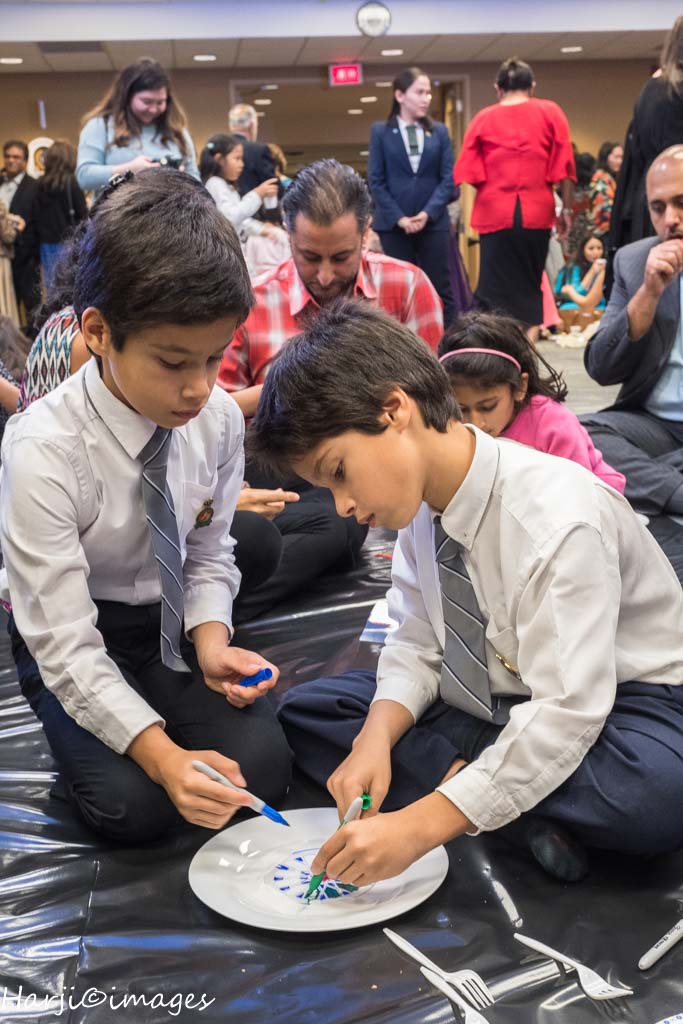 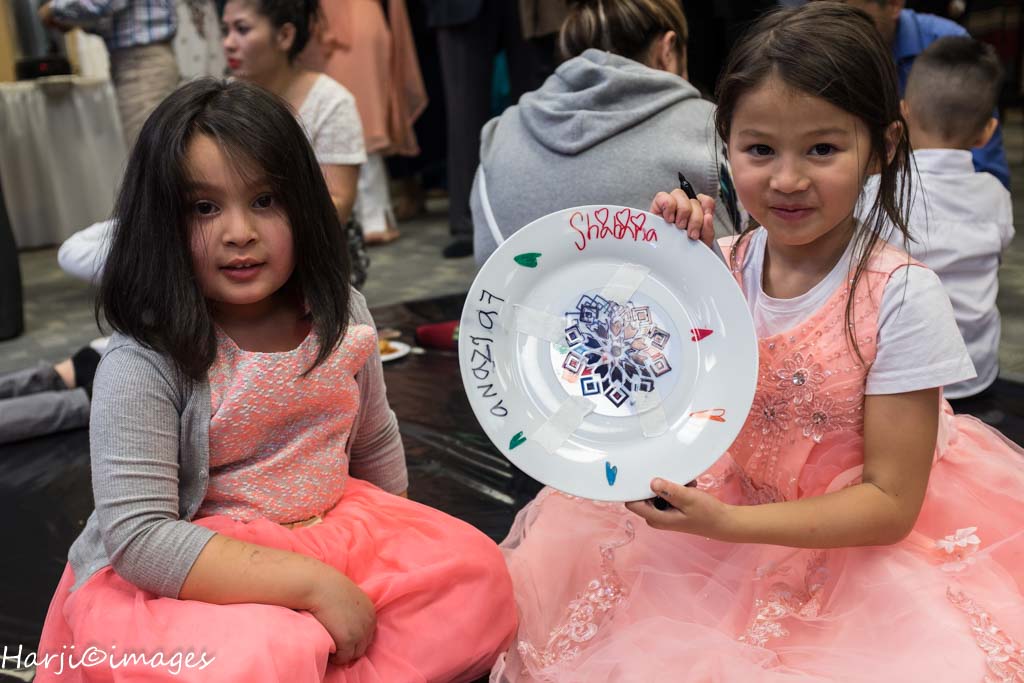 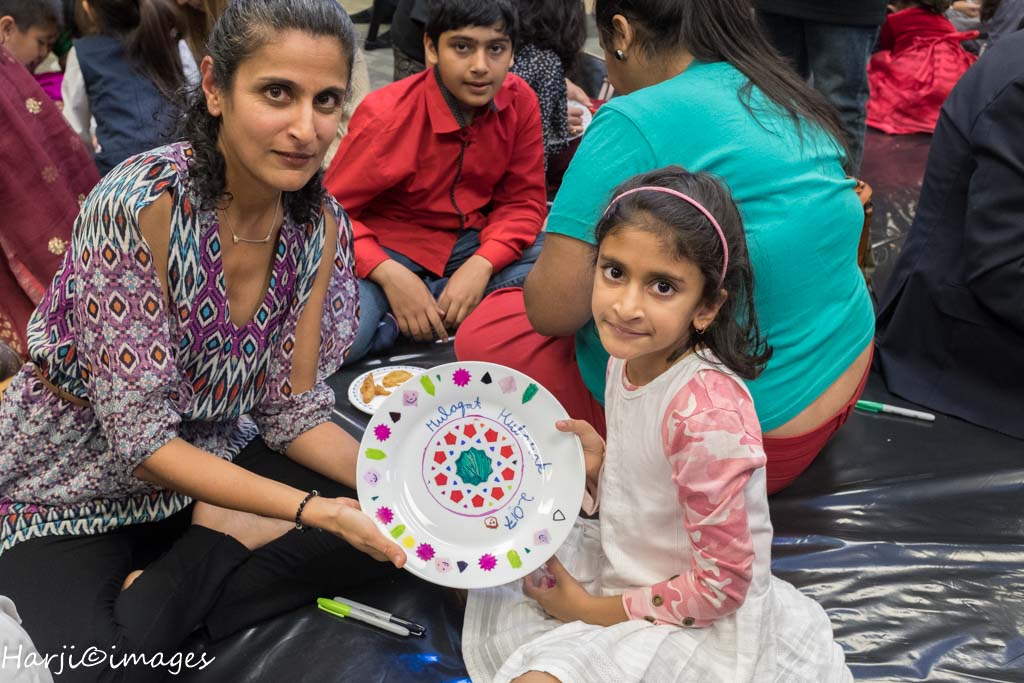 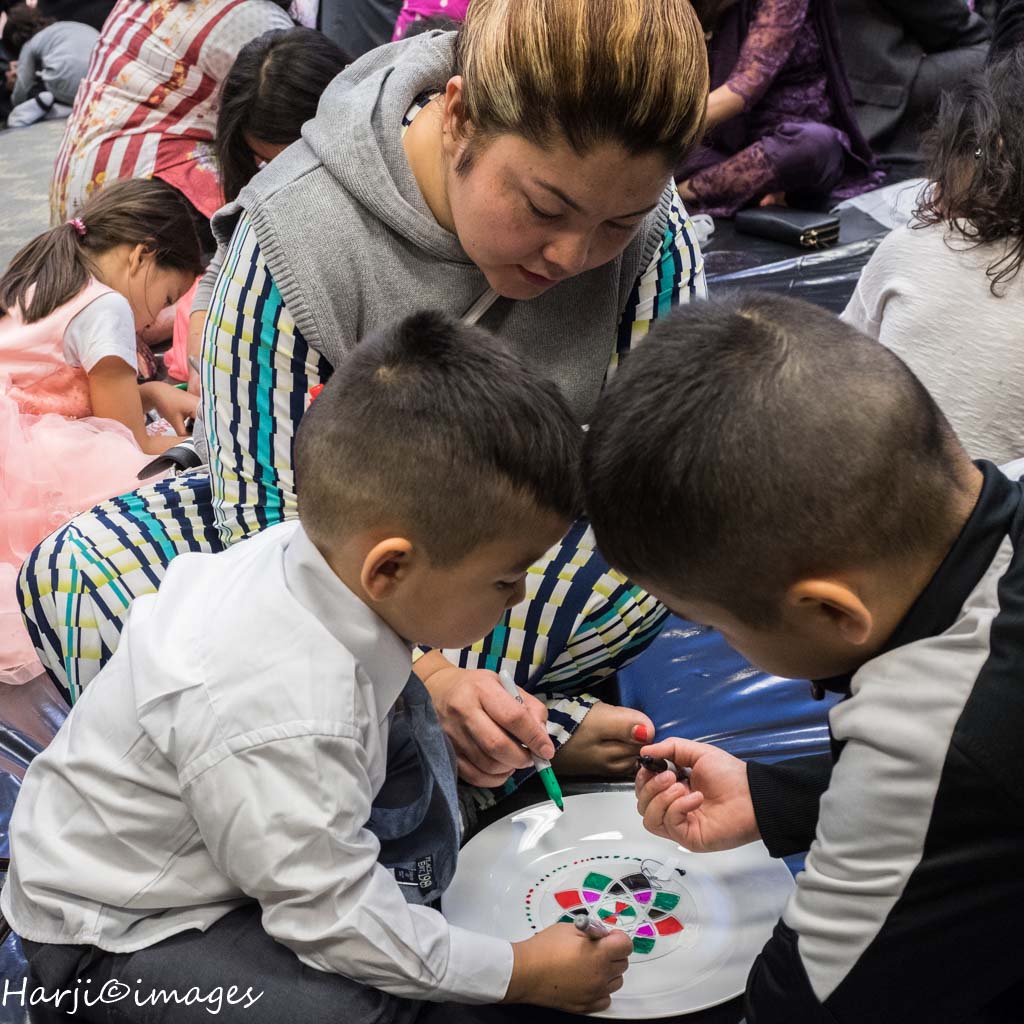 A clash of minds with one goal!. Photo: Muslim Harji. 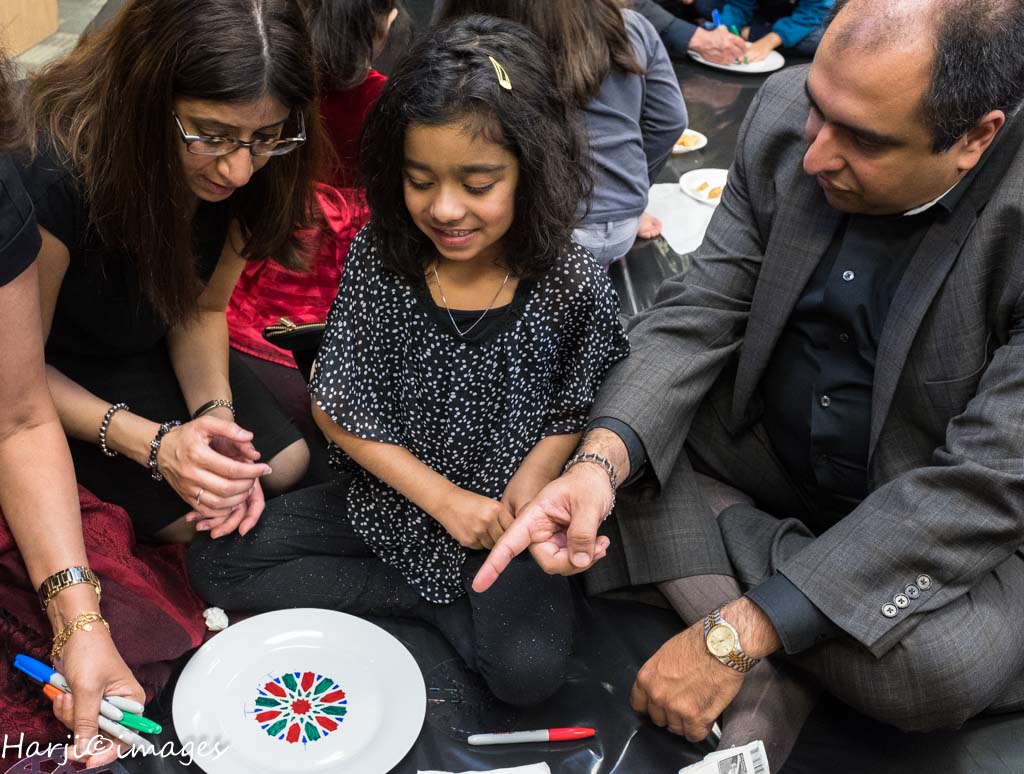 “See what you just did.” Photo: Muslim Harji.

Discussion. How can I make it better than hers? Photo: Muslim Harji. 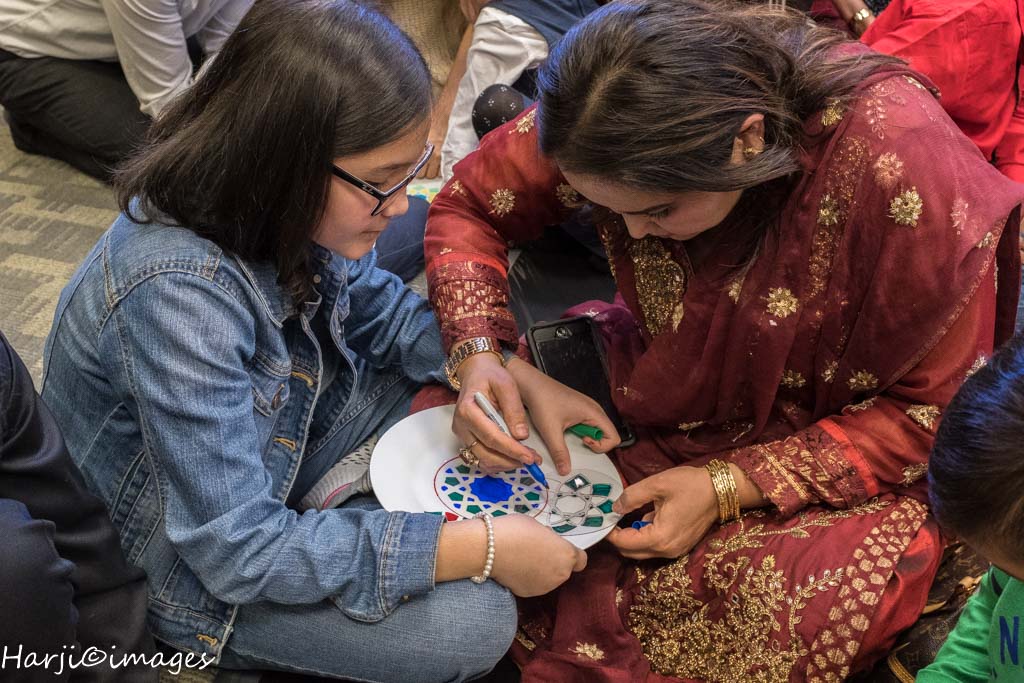 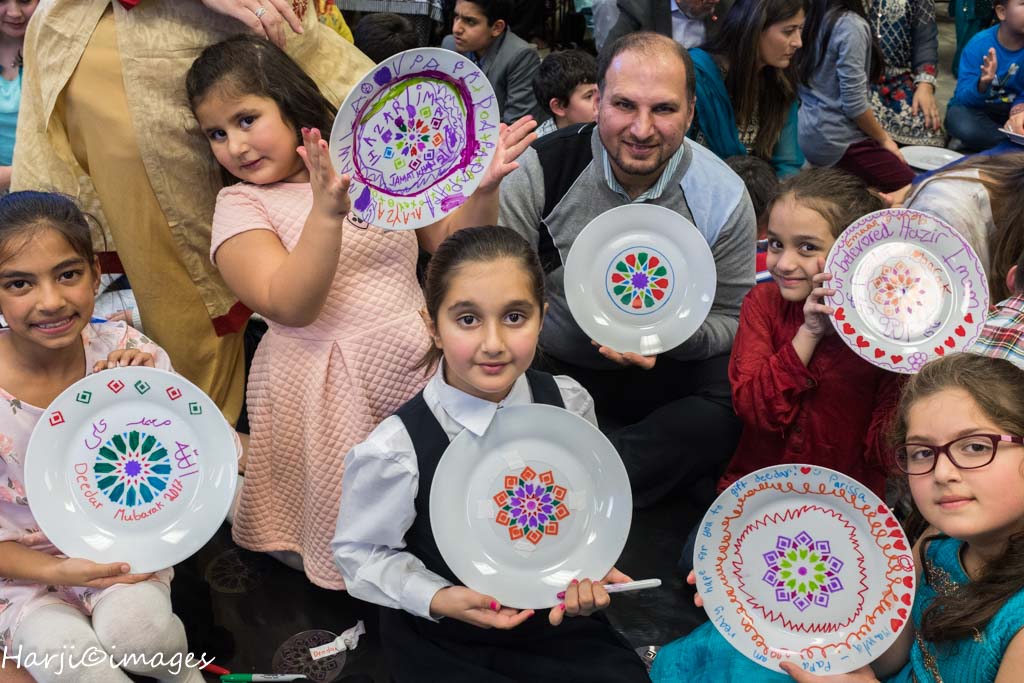 Amazing children, amazing results, amazing keepsakes. These works and the ones in the previous photos are works of love and dedication to Mawlana Hazar Imam who arrives this week to spend time with his jamat in Eastern Canada. Photo: Muslim Harji.

For many young boy and girls who were born after 2008, this will be the first time that they will be having the didar (lit. glimpse) of their beloved Imam when he arrives in Eastern Canada this week. Others, who were very young in 2008, may not remember the Golden Jubilee visits to Canada that took place then.

The decorated plates will serve as a keepsake for all children – young and old alike – as well as their families, constantly reminding them of this happy and unique occasion of meeting their Imam.

Muslim Harji has been acclaimed for his wonderful photo essays for this blog as well as its sister websites Simerg.com and Simergphotos.com. He and his wife Nevin have lived in Montreal for over 35 years, where they raised two children and ran a successful business. Upon retiring in 2004, Muslim and Nevin started to explore the world. All told, together and individually, they have visited almost 50 countries around the globe, and plan to continue fostering their love for travelling the world.