The Aga Khan’s Diamond Jubilee in Lisbon: Visitors react to Prince Hussain’s animal photos and convey messages to him; viewers want to see more of his works

By ABDULMALIK MERCHANT AND ZAFEERA KASSAM

Barakah conducted random interviews with 4 individuals who appeared to show a keen interest in Prince Hussain’s sea animal photographs that were displayed at the Diamond Jubilee Celebrations in Lisbon. Unfortunately, the audio quality in the video recordings turned out to be weak. The report below, preceding the video interviews, seeks to capture the opinions expressed by the individuals who were interviewed about Prince Hussain’s exhibition. May we note that Prince Hussain’s projects related to the natural habitat are wonderfully covered on his website http://www.focusedonnature.org/. 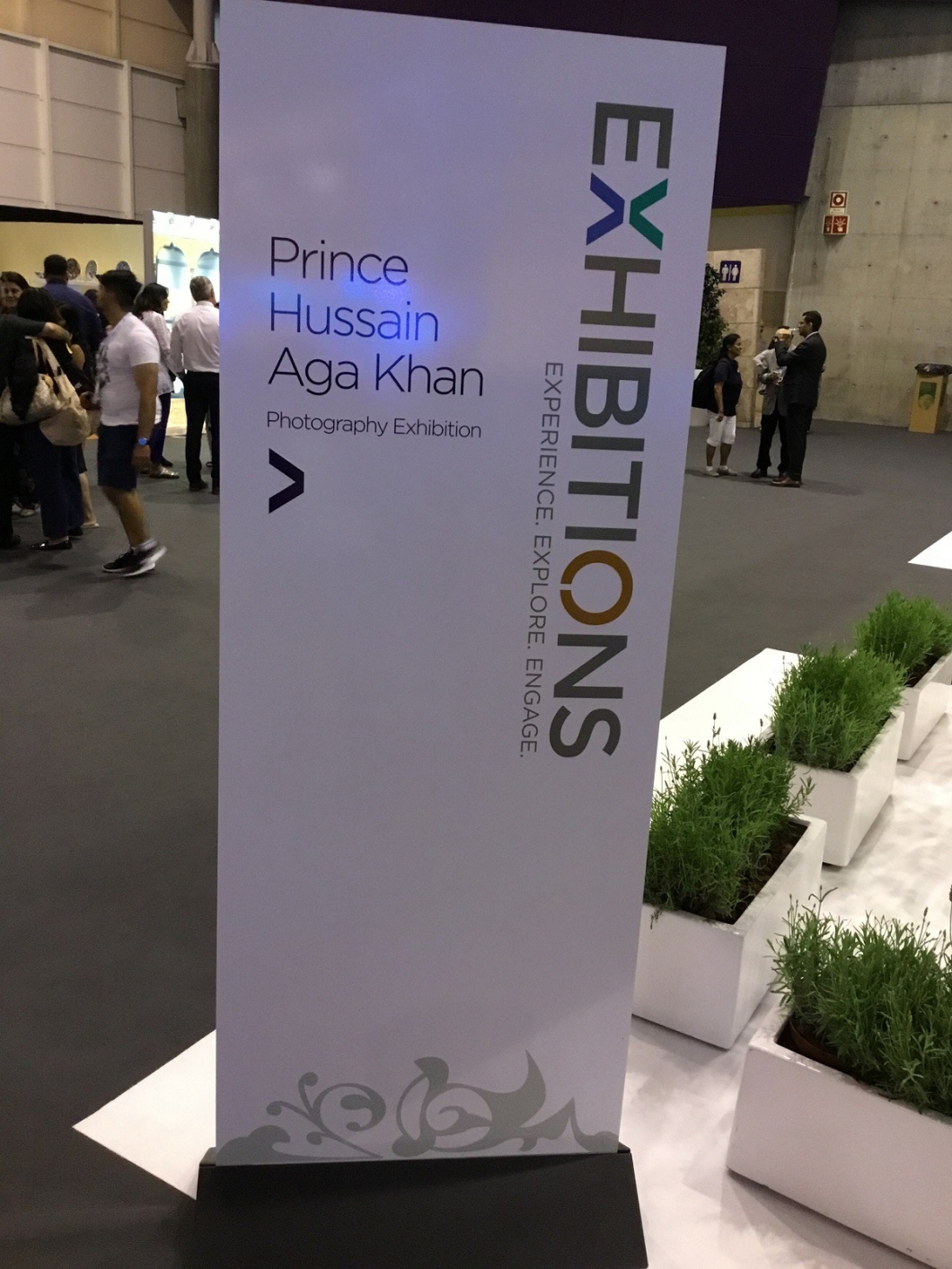 The exhibition of Prince Hussain’s photographic work focusing on sea animals attracted a lot of attention. Curiosity was piqued because not much is known about Prince Hussain’s passion for photography and for animals. Jamati members, young and old, lingered and languished in the exhibition, letting the images captivate their imagination and permeate their sense of wonder. They came away from the exhibition, thoroughly awestruck.

Amna Ismaili of Toronto, Canada, a 19-year old, singled out the vibrancy of colour as one reason why she found the photographs so riveting. “I don’t spend a lot of time looking at nature or wildlife or photography in general, but I was amazed by the vastness of the colours you can find, especially in the ocean.”  She also appreciated the level of detail that was apparent in the photograph, making her feel as if she was there seeing the subject of the photo with her very own eyes. But the photographs offer a latent aesthetic as well as a manifest image. Amna identified the ‘circle of life’ as a depiction of nature that really stood out to her, especially in the photograph of the hump-back whale lifting its young above its head.

Given the chance, Amna would love to express her appreciation to Prince Hussain for taking these pictures because they brought a “lot of light and energy” to the environment. She would love to see more work from him.

Shiraz and Nimet Morani of Toronto, Canada, were impressed by the exhibition and the time Prince Hussain has spent on nature. It is their wish that Prince Hussain’s work will translate into action that World Leaders will be inspired to take to improve the quality of nature, and preserve the environment, “for the benefit of the human race”.  Mr and Mrs Morani chose the photograph of the dolphin, that happened to be the cover image of Prince Hussain’s book, Diving into Wildlife, published three years ago, as their favourite.

Inaara Kara, from Dodoma, Tanzania, confessed that she wasn’t aware of Prince Hussain’s passion but was struck by the intricate minutiae captured in the photograph of the marine iguana. “The details of the water, the movement of the waves, and the background fit in altogether – we were able to see the whole picture and the whole context in which the photo was taken, and that was really impressive,” Inaara elaborated.

Given the opportunity, Inaara would like to commend Prince Hussain: “You have a very steady hand. Taking road trips – or water trips – around the world, being able to take such pictures, of still-life and animals is a great talent. It’s pleasing to see it.” Through the photographs, she got to see animals she doesn’t see on a daily basis and appreciated that fortune.

Rubina and Joan, from Calgary, Canada, were pleasantly surprised to learn about Prince Hussain’s avid interest in nature and photography. Joan chose the marine iguana as her favourite, citing it unique and its photographic capture incredible and unfathomable. Rubina, Joan’s mother, found the photograph of the hump-back whale “amazing and quite natural”.

One thing is clear: the seven photographs on display were extremely eye-catching and mind-capturing. Undoubtedly, Prince Hussain’s passion and works of art will inspire similar fires in the youth of today who might have a mild interest in photography or nature or both.

VIDEO INTERVIEWS
(Note: Due to low audio quality, interviews 2 thru 4 may require a good ear piece, speakers or a smart device with enhanced audio)

For links to all the posts please click on Table of Contents. Also join/like Barakah at http://www.facebook.com/1000fold and follow us at http://twitter.com/simerg.

This website, Barakah, is a special project by http://www.Simerg.com and is dedicated to the textual and visual celebration of His Highness the Aga Khan as he celebrates his Diamond Jubilee or 60 years of Imamat.